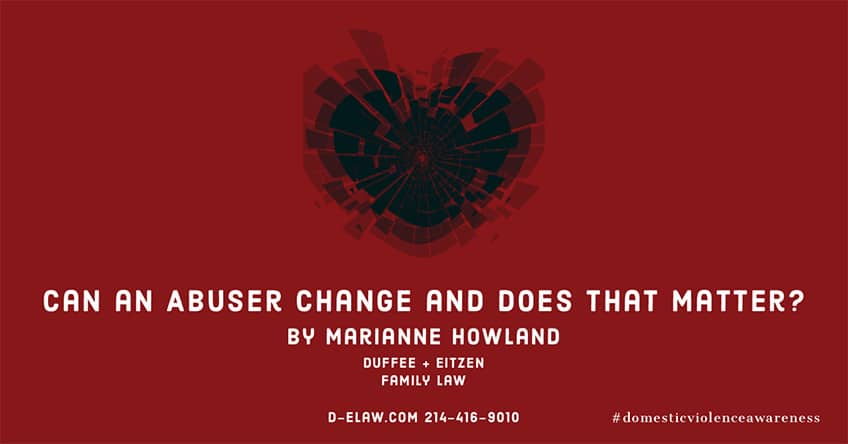 06 OctCan an Abuser Change and Does That Matter?

Can an Abuser Change and Does That Matter?

There are different philosophies about the ability of an abuser to change his or her ways.  One philosophy supports the idea that, through intervention and teaching, an abuser can change.  Many of these advocates subscribe to the theory that once an abuser is taught to question his actions and beliefs, he may be able to react differently and refrain from perpetrating abuse.

On the other hand, many advocates for victims of domestic violence focus all of their resources on the victims and do not necessarily give time or resources to trying to effect a change in abusers.   It is their belief that domestic violence is a crime and the best way to curb that criminal behavior is to prosecute and jail the perpetrator.

In Dallas, Genesis Women’s Shelter, a 100% privately funded organization, focuses all of its resources on helping women and children live abuse-free lives.  These resources include emergency shelter, transitional housing, counseling, and legal services.  At the beginning of my career, I worked as the on-site attorney at the emergency shelter.  I saw the benefits of focusing entirely on the victim of abuse and working to better the lives of the victim and any children caught in the nightmare of domestic violence.

I also worked briefly at The Family Place, as one of their on-site attorneys.  The Family Place, also located in Dallas, receives federal funding and has the means to offer several different services.  These services range from focusing on the victim by providing emergency shelter, animal shelter, transitional housing, children’s education services, and supervised child visitation, to focusing on the abuser with a batterer’s intervention program.  The Battering Intervention and Prevention Program (BIPP) is offered to abusers who have been court-ordered to complete a batterer’s intervention program or to those who want to voluntarily sign up for the program.  The program attempts to change a batterer’s behavior by teaching the batterer to be accountable for his or her actions and confront the batterer about the thought processes that lead him or her to abuse a loved one.  These programs have demonstrated some effectiveness in reducing violent offenses.

The Family Place has also implemented a program aimed at teenage boys who have engaged in abusive behavior toward family members or in dating relationships.  The BRAVE program (Boys Rising Against Violence Everyday) has two age groups, 11 year-olds to 14 year-olds and 14 year-olds to 17 year-olds.  This program focuses on teaching teens how to have a healthy relationship and how to control and change abusive behavior.  I believe that this program may be one of our best opportunities to stamp out domestic violence in the next generation.  By teaching our children that they are not entitled to control another human being, especially through isolation and violence, we may be able to get to the root of abuse and end it.

Advocates for victims of domestic violence may have different philosophies  but they share the goal of ending abuse and allowing people to live their lives free of fear and violence.  I believe that this goal is one that every member of our society can support. 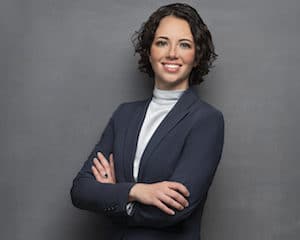 Marianne Howland is a Partner with Duffee + Eitzen.

October is #domesticviolenceawareness month.  Please share this article with anybody you feel it may help.

Marianne can be reached at marianne@d-elaw.com