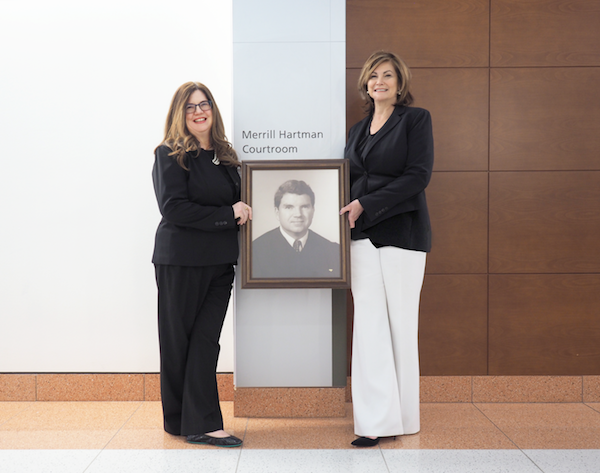 In 1997, the Dallas Bar Association and Legal Aid of NorthWest Texas joined their previously separate pro bono programs to create the Dallas Volunteer Attorney Program (DVAP). The now 22-year-old program combines the volunteer resources of the Dallas Bar Association with Legal Aid’s expertise in providing legal help to the poor. Today, DVAP is the largest and most comprehensive provider of pro bono legal services in Dallas. The program is recognized locally, regionally, and nationally as a leader in the pro bono community because of its unique partnership between a bar association and legal aid organization.

Currently, legal aid programs around the nation face a crisis over how to pay for the legal aid services they provide. Committed volunteers provide their legal services free of charge; however, funds are needed to coordinate clinics, recruit volunteers, train and mentor volunteers, and oversee the thousands of cases that DVAP handles every year. Federal and state funding are tied to legislative support for legal aid to the poor, which has, unfortunately, not been a high enough priority in recent budgets. Federal and state funding cuts threaten the future of DVAP and other legal aid programs across Texas and the United States. Rather than waiting for the next round of funding cuts, the Dallas Bar Association has taken a proactive approach by creating an endowment named the Justice Forever Fund (the Fund). The Fund exists to create and maintain long-term funding to secure legal aid to the poor in Dallas should traditional funding methods shrink or cease to exist. Accordingly, the Fund functions to provide a dependable safeguard to the DBA’s efforts to help fund pro bono legal services, and it shall be used solely for the support of DVAP.

The firm of Duffee + Eitzen has stepped up to support the Fund with a gift of $50,000 in honor of the memory of Melinda Eitzen’s father, Judge Merrill L. Hartman. Judge Hartman is associated with many firsts in the Dallas legal community: he was the first full-time tax fraud prosecutor for the U.S. Attorney in Dallas, the first judge to allow jurors to take notes, and the first judge on the family law bench to require mediation in child custody cases. Judge Hartman was also known as the “Father of Pro Bono,” as he co-founded the first free legal clinics in Dallas. He recruited and encouraged other lawyers to do pro bono work, and his efforts became the foundation and the blueprint for DVAP, as well as other clinics across the state and nation. In addition, he began hearing cases at night court at the clinics to continue to bring the legal system to those who live in the Dallas area and could not afford legal services. DVAP’s annual judicial pro bono service award is named in his honor.

Judge Hartman continued to help the poor when he was judge of the 303rd Family District Court in Dallas. He also served as the Chief Administrative Judge and Chair of the Juvenile Board in Dallas County. He was a church leader and a Sunday School teacher for 25 years. The recipient of countless awards, including the American Board of Trial Advocacy’s Judge of the Year in 1996 and the American Jewish Community’s Learned Hand Award in 2000, Judge Hartman had a reputation for being even-handed and even-tempered.

“Judge Hartman was kind, encouraging, and positive,” said Ms. Eitzen. “He loved lawyers; that’s one reason he was beloved. He was always very nice and encouraging to lawyers.”

Judge Hartman left a lasting legacy in the DVAP legal intake clinics, which bring access to justice into various neighborhoods around Dallas County, and continue to this day.

Duffee + Eitzen’s generous support will help to secure DVAP’s future for the long term through the Justice Forever Fund. The firm of Duffee + Eitzen offers experienced and compassionate legal representation to clients facing a wide variety of family law matters. Their compassion for clients is at the foundation of their proactive and personalized approach to each case. Their knowledge of the law, extensive trial experience, proficiency in legal research and writing, collaborative law and alternative dispute resolution training, and utilization of the latest technology mean clients can rest assured that Duffee + Eitzen will deploy all of their resources to protect what is important to them. Attorneys Melinda Eitzen, Lisa Duffee, Marilea W. Lewis, and T. Hunter Lewis have been named among the Best Lawyers in Dallas numerous times in D Magazine. The firm proudly upholds Judge Hartman’s spirit of pro bono through their support of the Justice Forever Fund.

To revisit a previous tribute from Will Pryor, with whom Judge Hartman started the South Dallas Legal Clinic in 1983: “Merrill advanced the notion that until the poor have access to lawyers, they are denied access to justice. Merrill was prompted, nearly 40 years ago, not to write articles, or make speeches or form committees—but to serve the poor, directly, immediately, and in the midst of their need.” Which is why Judge Hartman would undoubtedly be very pleased to know of this gift supporting the Justice Forever Fund in his honor.

Michelle Alden is the Director of the Dallas Volunteer Attorney Program. She can be reached at aldenm@lanwt.org.